Amphibian and Reptile Distributions in Tennessee 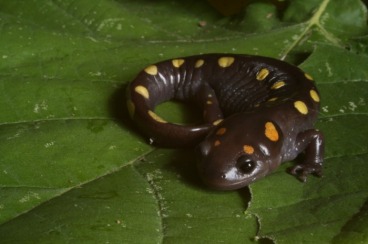 Spotted Salamander: Record for Weakley County
For the past several years I have been working on publishing new range extensions of several local herp species in my home state. This research has been completely self-motivated, and the goal is more for me to become familiar with the herpetofauna of the southeast than to actually publish research. I have experienced some measure of success, however, with 14 new records thus far. 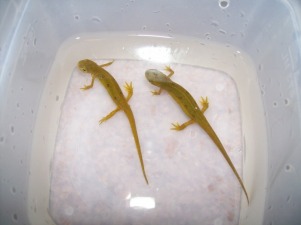 Notophthalmus viridescens
As an undergraduate, I was mostly concerned with understanding the anthropogenic stresses that are placed on amphibian communities, particularly in regard to pesticides. I developed a few experimental designs to explore the effects of carbaryl on amphibians as predators. The red spotted newt (Notophthalmus viridescens) was my subject of study. The results of my research revealed that the red spotted newt is not physiologically inhibited by non-lethal levels of carbaryl, but rather displays extreme abnormalities in behavior when subjected to waters containing the compound at varying concentrations. 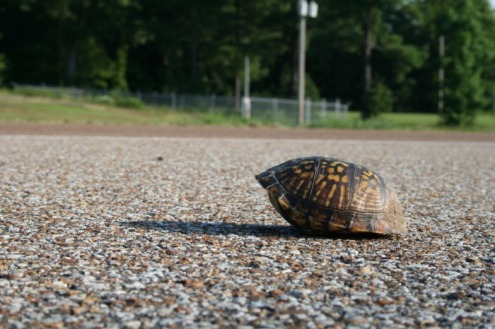 Eastern Box Turtle (Terrapene carolina)
I also take great interest in the effects that road systems have on the mortality of herpetofauna (and other animals). I am not only concerned with finding solutions that benefit animals, I am also quite interested in helping motorists as well. In the state of Tennessee, car owners spend untold thousands of dollars each year in repair of vehicles damaged from encounters with wildlife.

Silence at Twilight: The Problem of Amphibian Decline

Lyssavirus In the U.S.